> Õ ⁄
Update Required To play the media you will need to either update your browser to a recent version or update your Flash plugin.
Download Presskit [EPK]

The tree and the wood. It’s a truism that Jazz is an international language. But if you listen to the debut album of Berliner singer Defne Şahin, you realize what this saying really entails. Yaşamak is shining.
…the Berlin A-Trane was sold out. Yaşamak is bound to be the beginning of a successful career.

She’s developed into a singer with a cosmopolitan, literate approach to jazz.

Defne Şahin is more than just an interesting new voice in jazz.
In a small way, she brings together two countries and two cultures that don’t always have an easy time understanding one another.

It doesn’t always have to be English: singers of Persian, Turkish and Albanian heritage revive the German jazz scene with sounds and words of their ancestors.

…Şahin sings the poems of Hikmet in their original language (translations are found in the booklet). And that works very well. The music magazine Jazz Podium claims that „the Turkish language has its own place in modern jazz“

The maturity of Yaşamak is stunning, because it is not the tenth record of an established renowned interpreter, but the highly self-assured debut of a young artist.

Defne Şahin is at home in Berlin and Istanbul – her music also embodies the Orient and the Occident, as if that was the most normal thing.

Defne Şahin releases herself and the trio from being tied to song schemes and makes the words fly.

At one point Şahin included an original recitation of Nâzım Hikmet in the album: „Bir yolculuk üstüne“ – „About a journey: We open the doors, we close the doors, we pass through the doors.“ Or as Defne Sahin would say: „I am not German, I am not Turkish, I am a Berliner. And I play jazz.“

She moves between subtle Bossa Nova-Rhythms and complex eastern meters, which are uncommon to our ears. Both work excellently with the fine tuned poetry by Hikmet. …This evening was a Highlight of the „female jazz“ series.

She lives between Berlin and Istanbul for her new musical project; she composes modern songs with elements of jazz and Turkish music.
The powerfully eloquent verses of Turkish poet Nâzım Hikmet have surrounded and inspired Defne Şahin since her childhood. Now the young Berliner with Turkish heritage is presenting her first album: A tribute to Hikmet, that quite rightly belongs in our series.
The simple language of Hikmet, his strong metaphors, that cope without rhymes are carried by the unique sounding rhythm of the Turkish language. They are transformed by Defne into confident notes, working from fusion to ballads, playing with Mediterranean and bluesy elements, crossing Brazilian ease with Turkish ornaments.

The young jazz singer Defne Şahin is building a bridge between Germany and Turkey with her music.

This was a beautiful concert. I love seeing and hearing Defne as she grows and develops as a musician, performer and artist. The sincerity of her singing and intelligence of her music are supported perfectly by her musicians. Like a magical ship’s figurehead, she leads them into the dark waters…check her out!

When Defne came to Barcelona I immediately knew that I had just met a highly creative person with that „special something“. 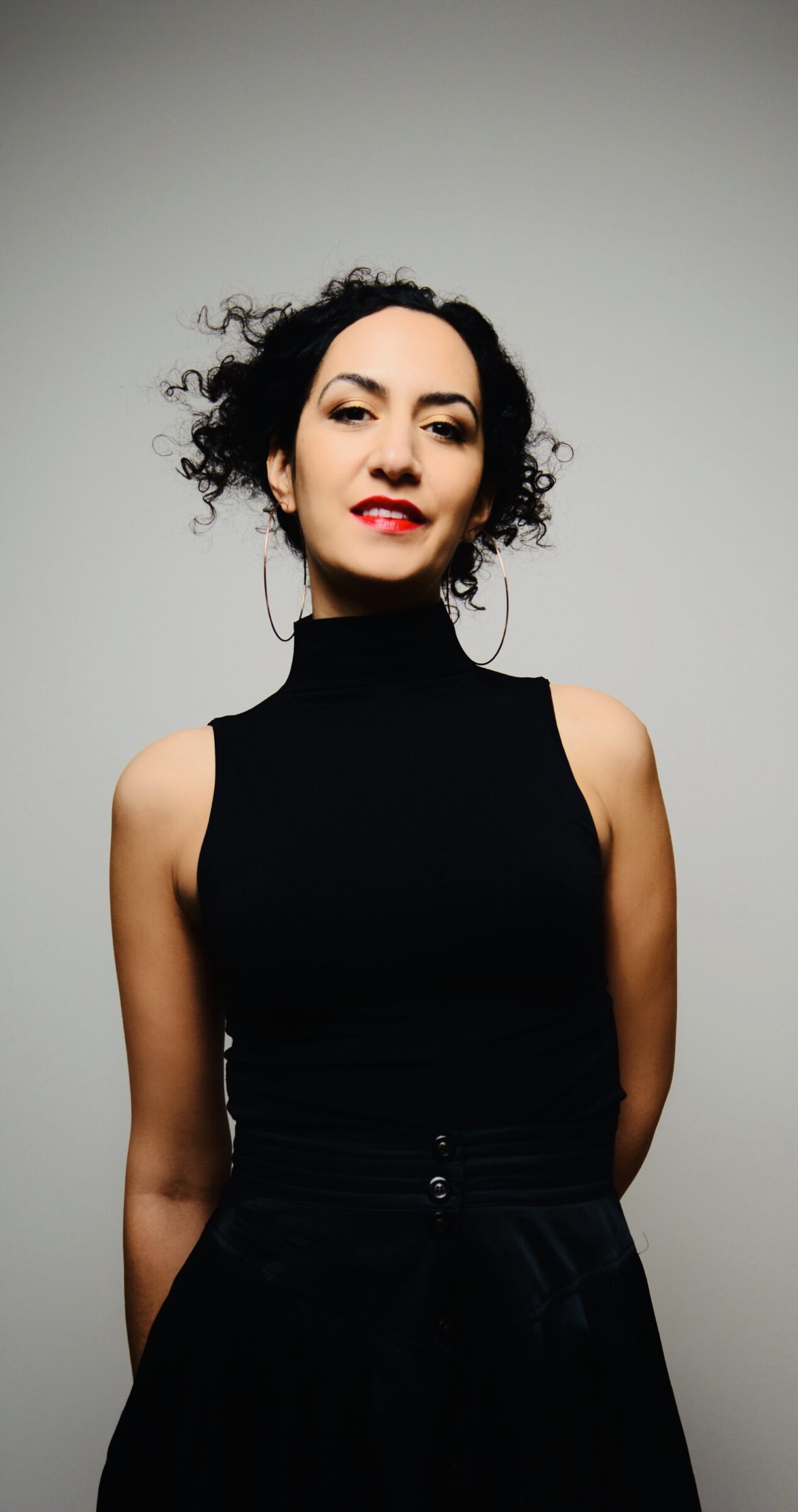